This page is not available in English.

Do you want to go to the English homepage?

I want to use social media features: I hereby agree to the placing of cookies by social media networks. I am aware that these networks can follow me and can use my internet behavior for other purposes.

On behalf of the UK government, VolkerWessels-company VolkerFitzpatrick is working on the HS2 high-speed railway line. The mega-project consists of building a state-of-the-art railway bridge and a 16-kilometre-long tunnel with two tubes 40 metres deep. A fantastic job, says managing director Chris Evans: "Everything's big in this project."

The HS2 is eagerly awaited in the UK. Among other things, the country's second high-speed rail line - top speed: 360 kilometres per hour - will take passengers from London to Manchester in just over an hour (now: more than two hours). More importantly, HS2 will relieve congestion on the existing rail network. "The existing network is full and this project will allow passenger trains to use the HS2 tracks soon," says Chris. "This will create space on the existing track again, which in turn will help reduce the amount of traffic on the already congested roads."

The HS2 will be built in two phases. The first phase includes the section between London and Birmingham. The Align joint venture, formed by VolkerFitzpatrick, Sir Robert McAlpine and France's Bouygues, is responsible for some 20 kilometres of the route. This involves the engineering and construction of a 3.4-kilometre viaduct and a 16-kilometre two-tube tunnel. The viaduct will cross the forest and wetland area of the Colne Valley park. According to Chris, the design is of international stature. "The bridge consists of 58 piers with an average height of almost 9 metres, 11 of which have a complex V-shape. The spans are between 45 and 80 metres long. A huge launch gantry installs the precast elements on site. Very impressive." 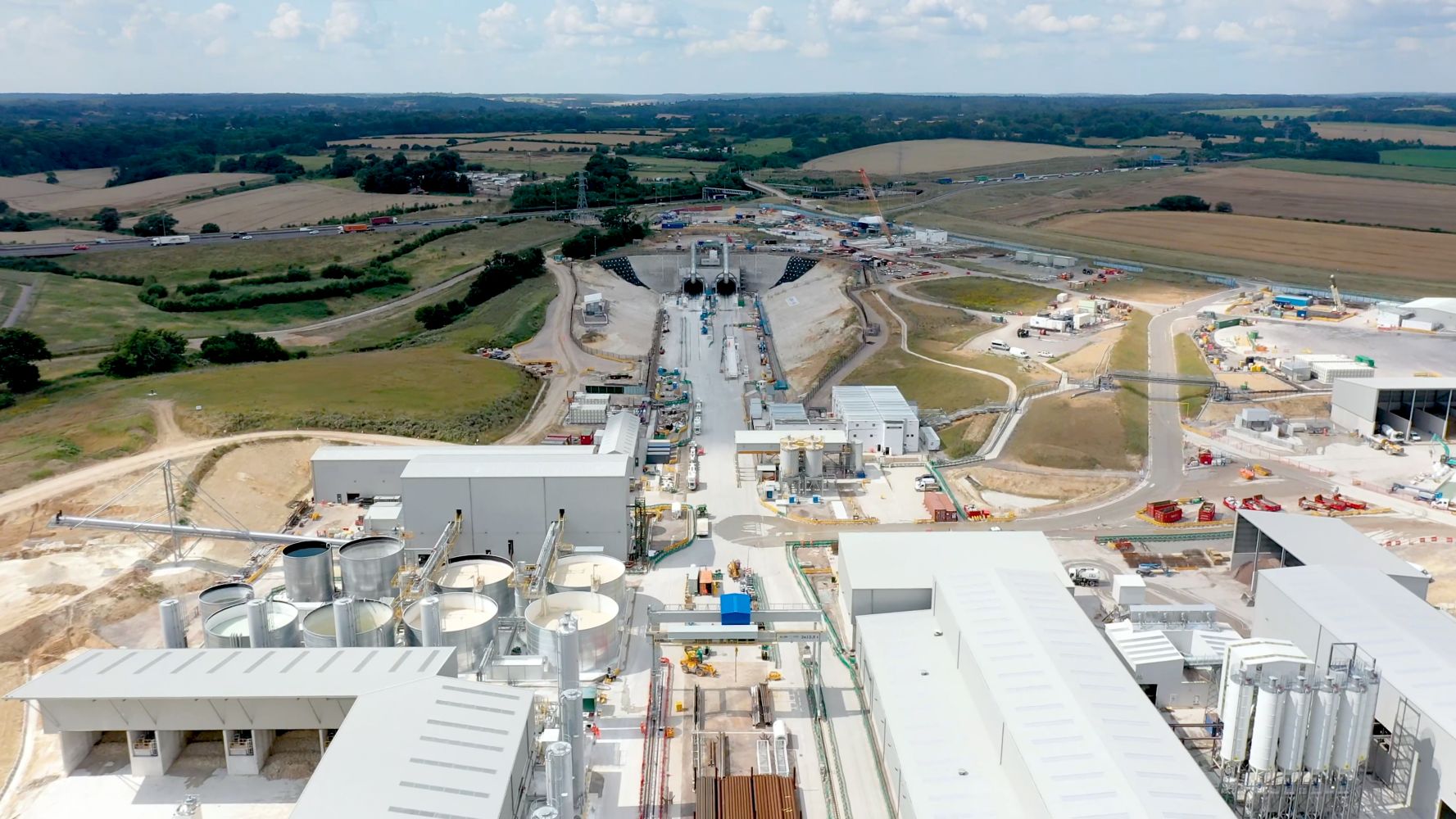 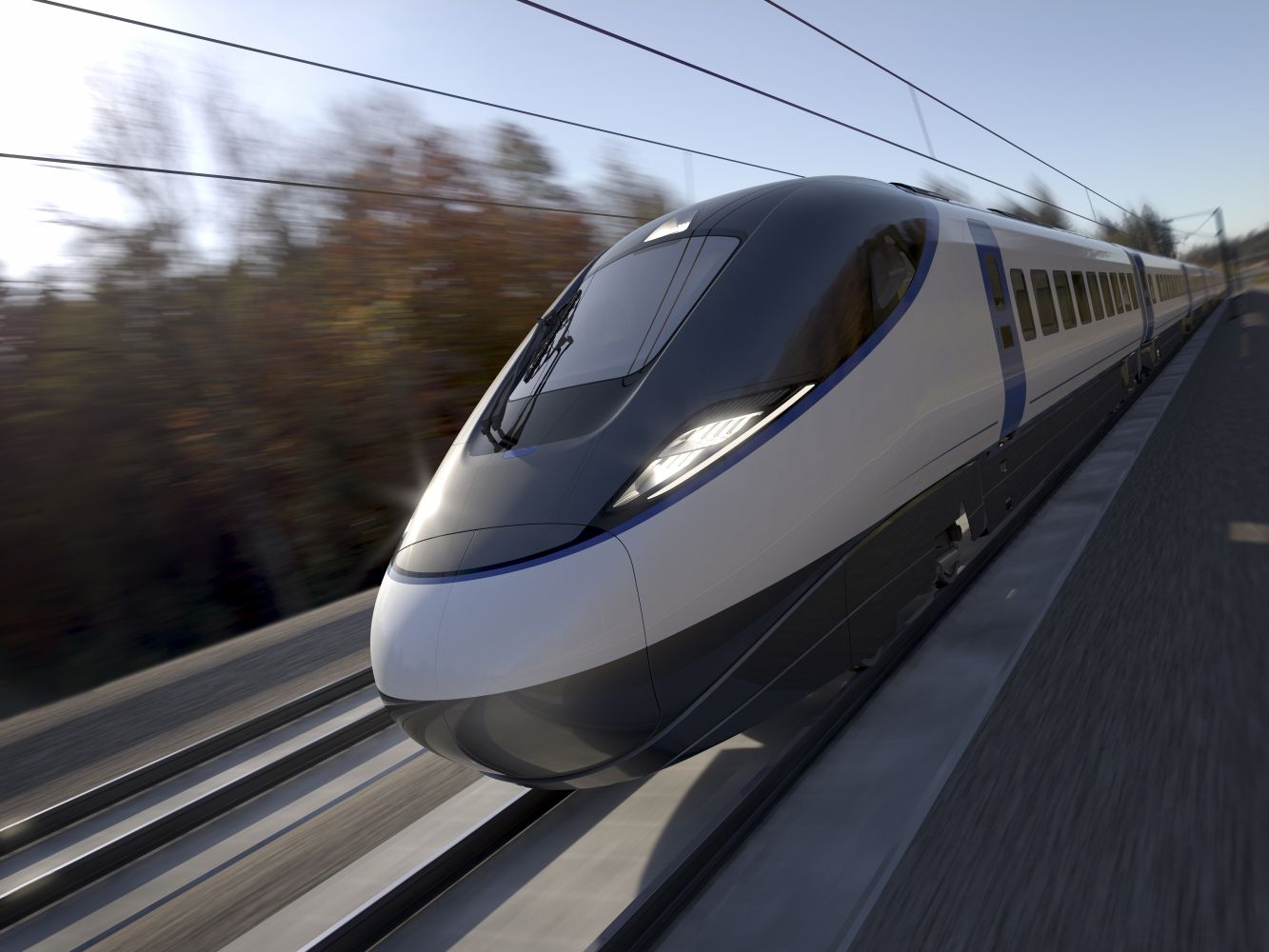 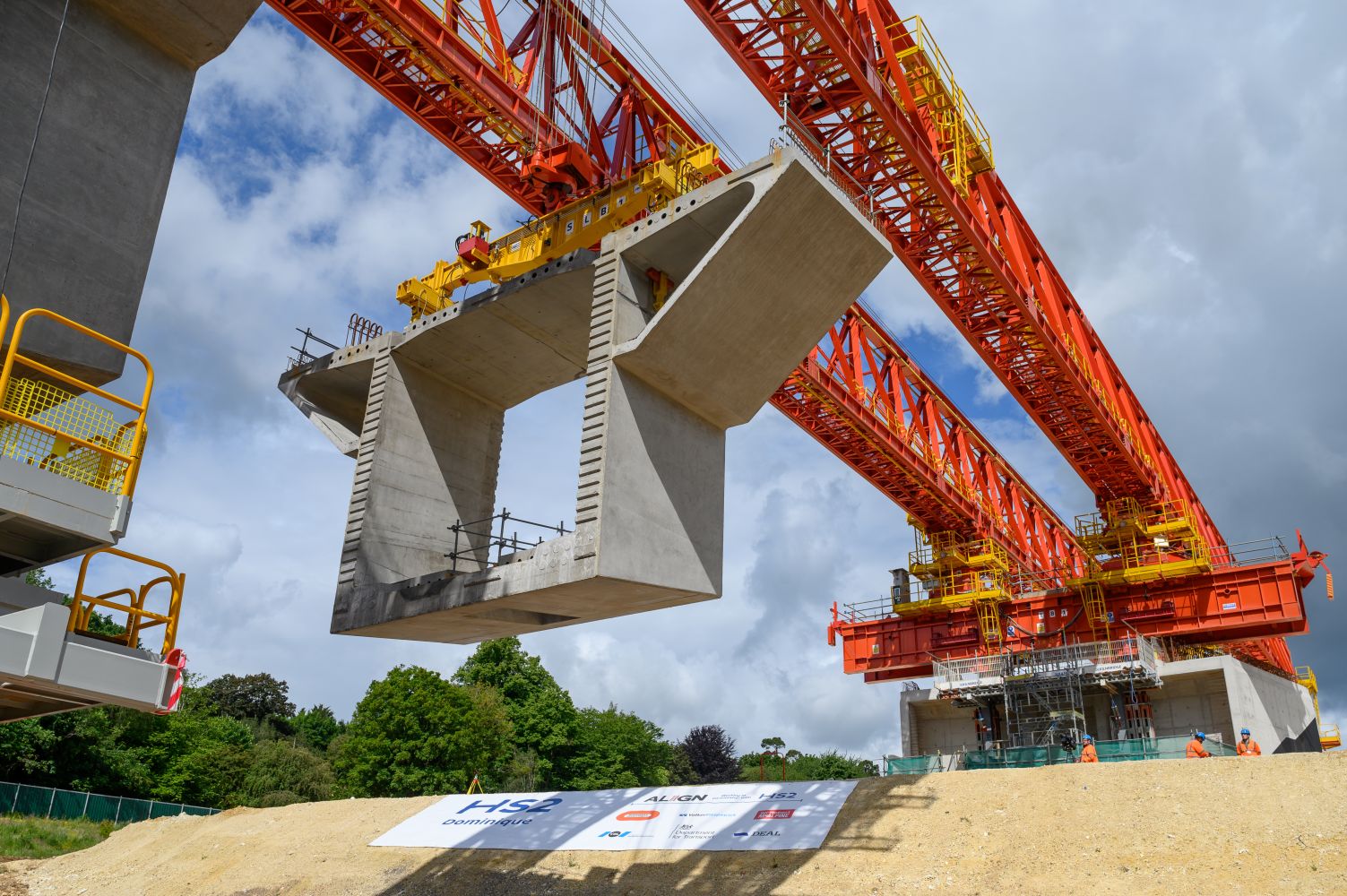 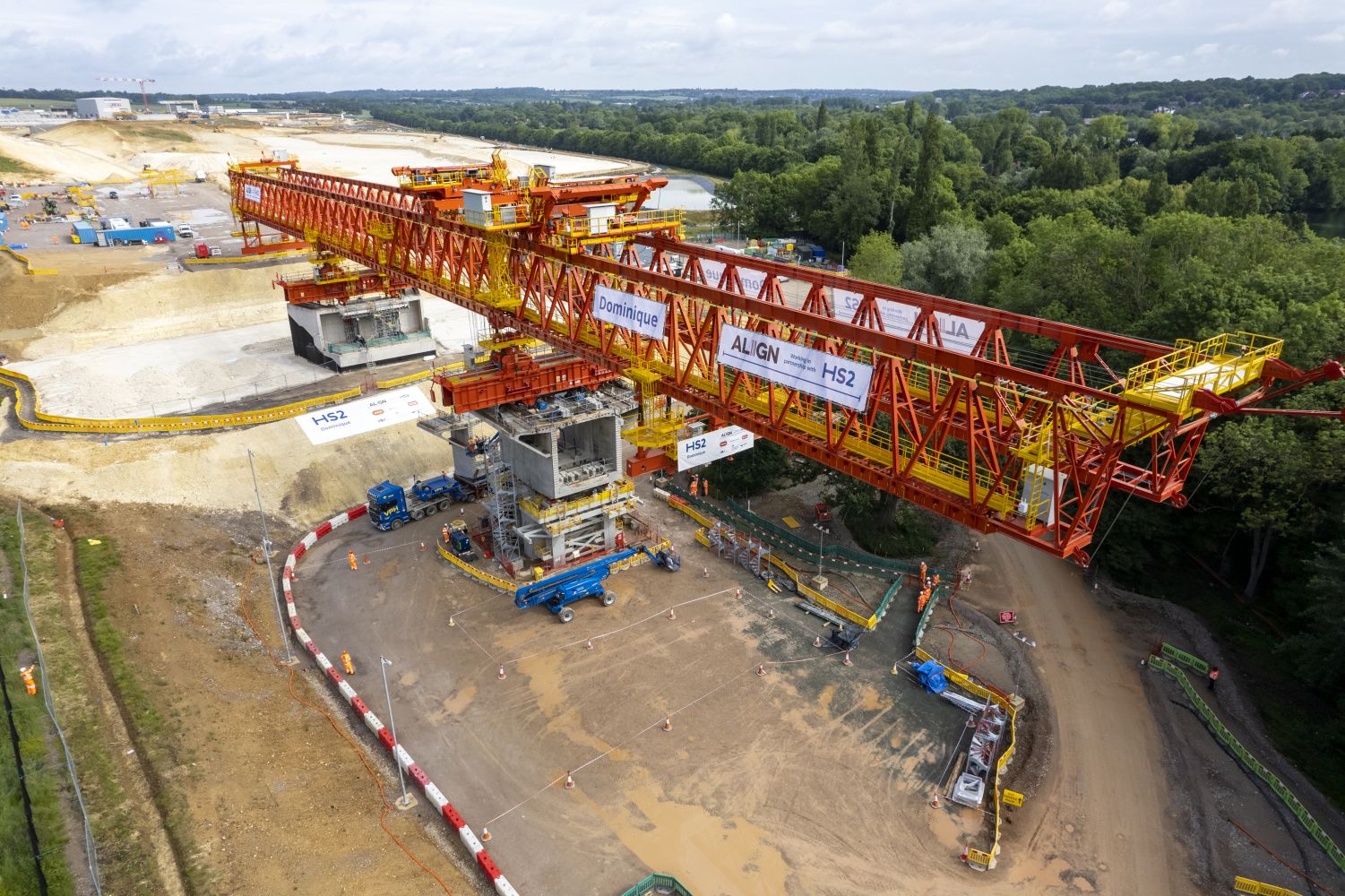 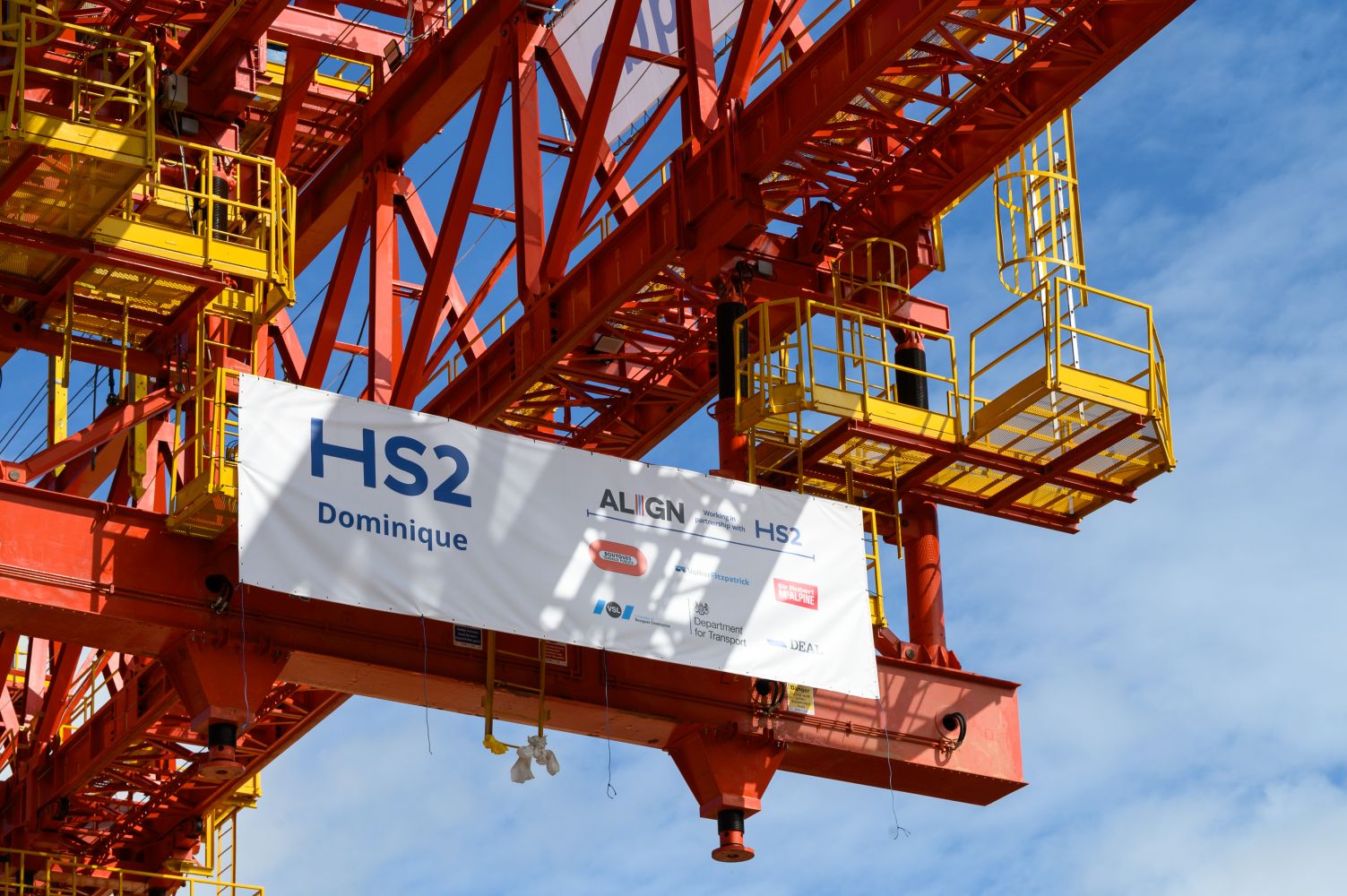 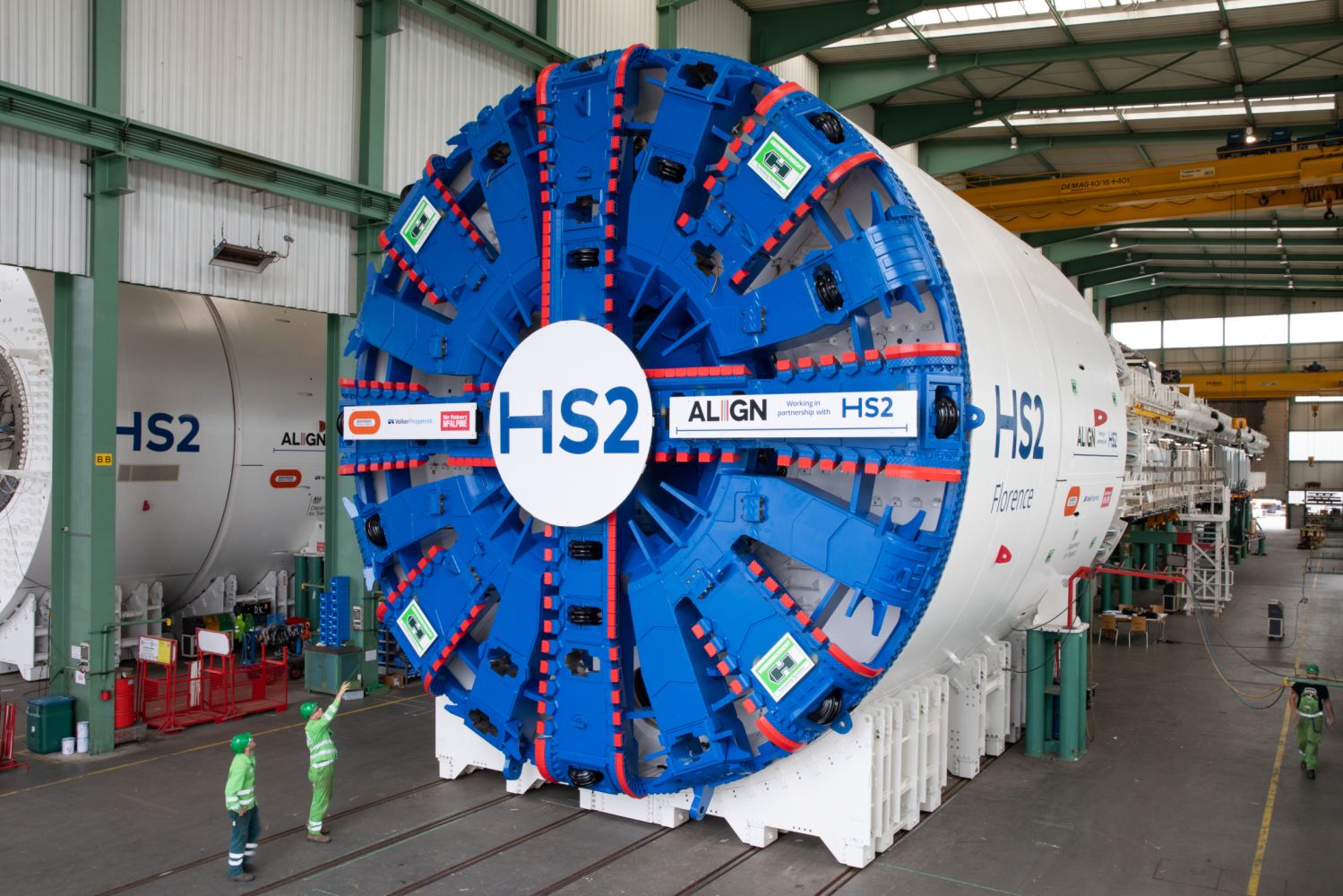 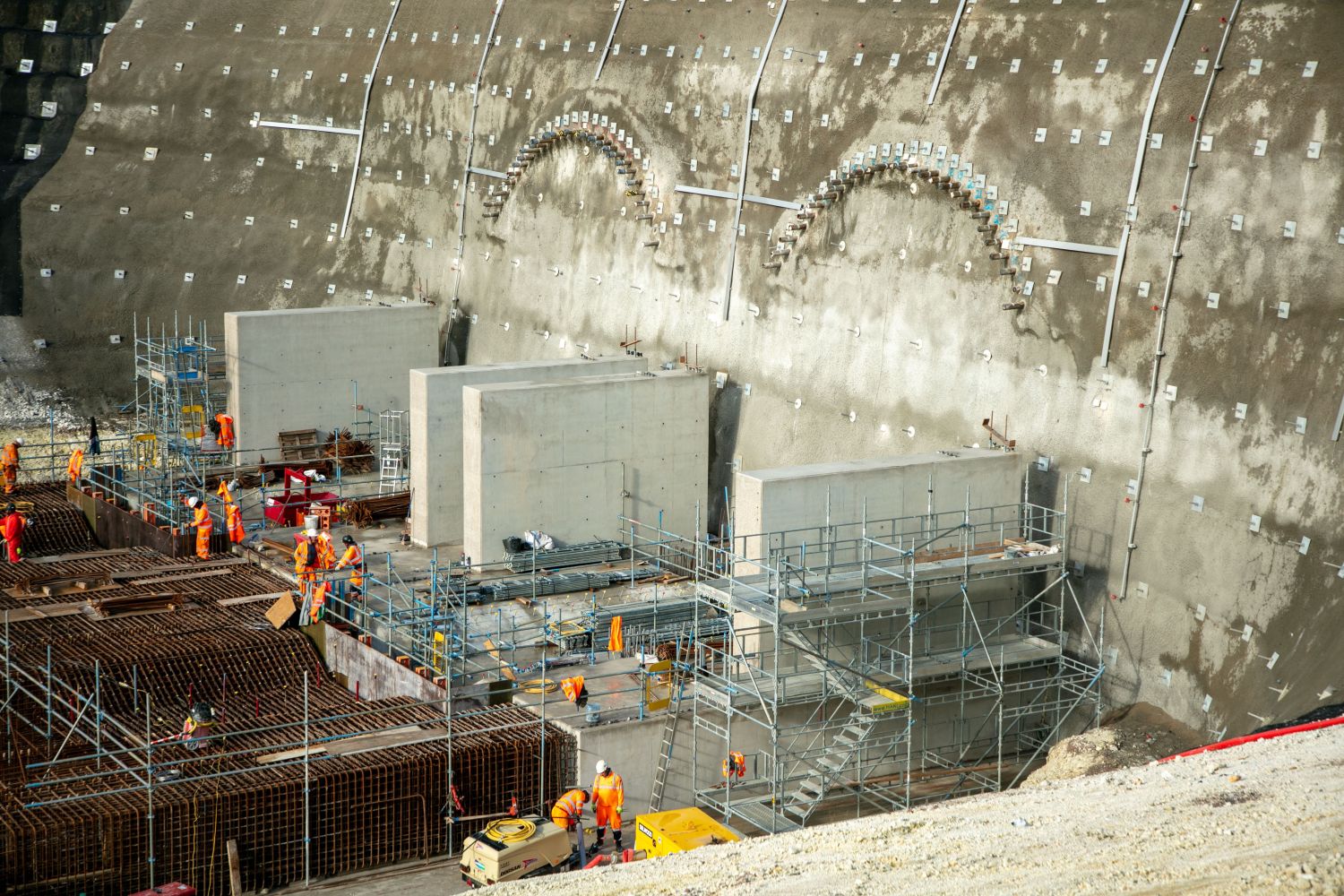 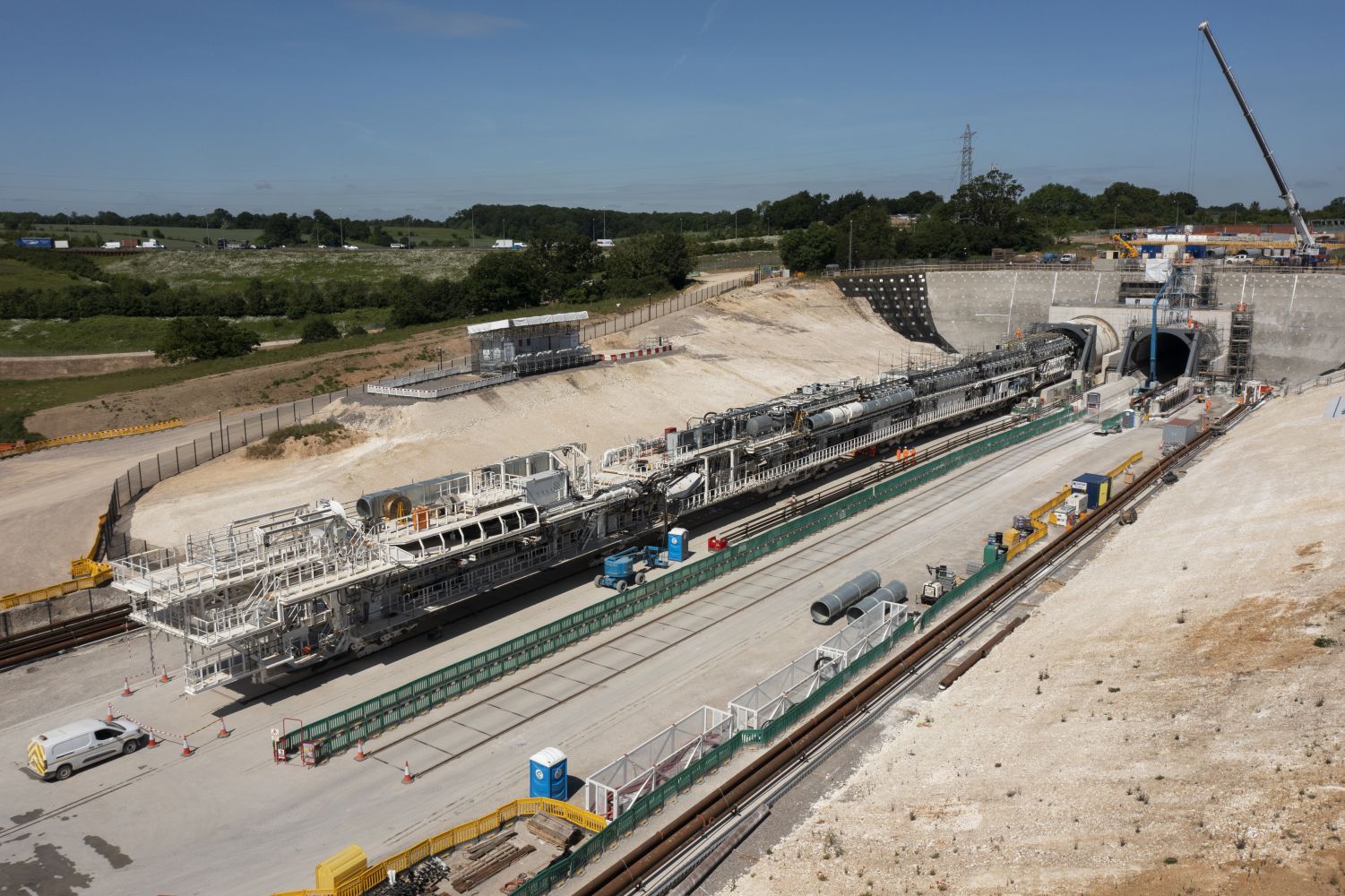 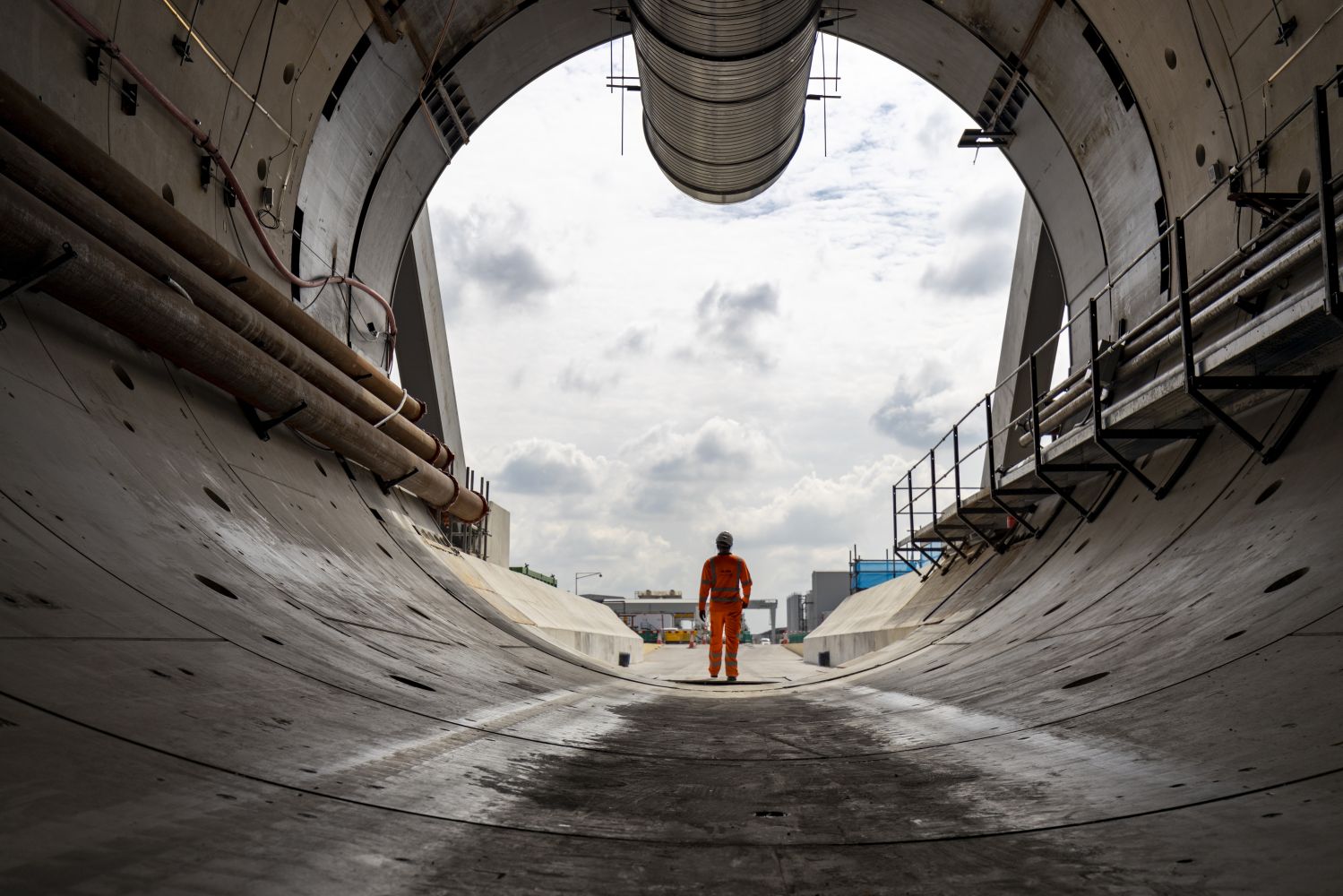 The 24/7 construction of the tunnel is also a feat of engineering. For this, Align uses two purpose-built drilling machines - 'Tunnel Boring Machines (TBMs)' - which are each over 10 metres in diameter, no less than 170 metres long and weigh 2,000 tonnes. Chris: "The TBMs are specially designed to drill through chalk and flint. A special feature: the excavated soil is processed into silt and used on site to landscape." The HS2 is one of the most prestigious civil projects VolkerFitzpatrick has ever done in the UK, says Chris, who as an engineer has been involved in the construction of many bridges at home and abroad. "This project is every engineer's dream. This is what you go into the profession for. Very exciting, but at the end the result will be beautiful."

The work is scheduled to be completed in 2025. After that, tracks will be laid on the viaduct and in the tunnel. Chris: "For that, our government is issuing another tender. Together with VolkerRail UK, we hope to participate in this and continue working on this beautiful project."

"This project is every engineer's dream. This is what you go into the profession for.”